Art Education that has Heart 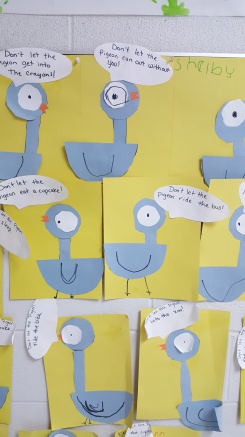 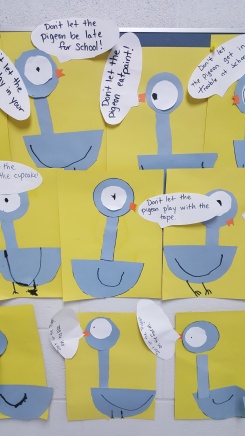 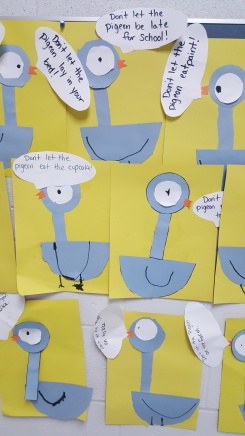 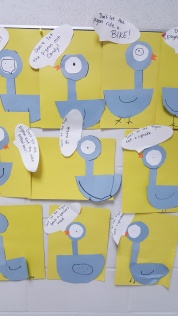 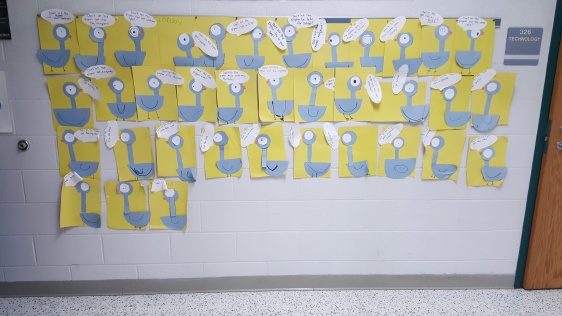 We create Pigeon artworks and added our ouwn speeach bubbles saying “Don’t let the pigeon…” To bgein with we read 2 of the Pigeon books and then the student began to put the pigeon together. While they dried we read more pigeon books and then went back to add the marker detail later. This project took two 40 min. classes and the students had a blast. Right after this project we had a book fair who actually had the Pigeon books for sale adn the kindergarteners went crazy…just adorable.

The students also created a coloring page while the pigeon dried to practice their sentence and coloring. They were allowed to take this home after their final was complete so that they did not have to wait on the other artwork to come down out of the hallway 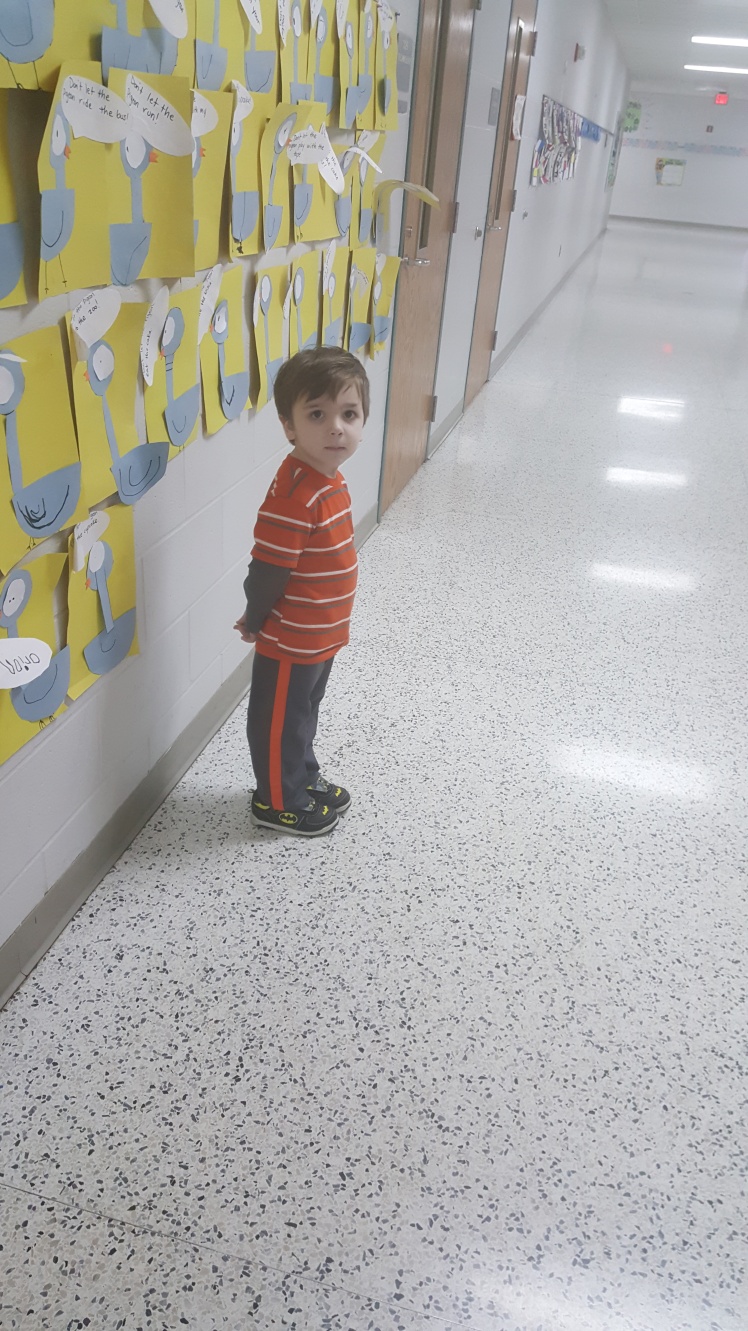 This is my son standing in front of some of the pigeon artworks.